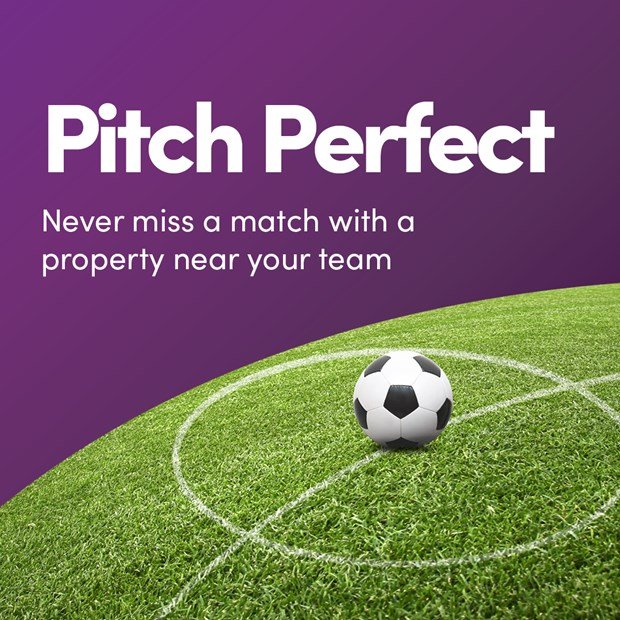 Despite restrictions on going to see your favourite team play, there's nothing stopping you from moving nearby...

People rejoice - the almighty Premier League is back!

And whether it’s Wilfried Zaha making a mazy run down the flank, a defence-splitting pass from Kevin De Bruyne or Harry Kane gracefully striking the ball into the back of the net - football fans across the world are thrilled to see these iconic moments again, week in, week out.

Unfortunately, after many delays and debates about how the game might look during the 2020/21 season, it looks as though fans will have to make do with watching the games on television and keeping a safe distance from the action.

Get closer to the action

But despite restrictions on fans getting into their favourite team’s stadium - there’s nothing to stop them from moving into the local area to get closer to the action.

We’ve put together a list of local house prices around all twenty Premier League stadiums.

A table of two halves

It will come as no surprise to see that west-London teams Chelsea and Fulham are based in the most expensive areas - the average house price near their stadiums is estimated to be over £1.2million.

In fact, London teams dominate the top end of the table with West Ham, Arsenal and Tottenham all boasting an average local house price way above the rest of the country.

As we emanate from London, Watford, Brighton and Crystal Palace are some of the clubs surrounded by expensive real estate. Manchester United is the only northern team in the top half of the table.

In the bottom half, teams from the northern part of England make up the majority along with Aston Villa, West Bromwich Albion and Wolverhampton Wanderers from the West Midlands.

Find your next home match

No matter which team you support our local property experts can help you find the perfect home match.

Whether you’re a Crystal Palace fan with an eagle-eye for a great deal or an Evertonian looking for an Ancelotti-inspired renovation job, across our branches, we offer a wide range of homes.

Contact us today and we can help you find a premier league property in time for kick-off.

Find your next home match